I have been fascinated about flying all my life.

The closest that I have gotten to it has been by skydiving, I’ve done 35 autonomous jumps, but have not jumped in a very long time, and is still one of the most exiting activity I have ever done, I do recommend it to everyone.

But it is still not flying, its “just” falling. 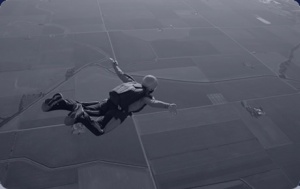 Lately I have been staring at flying seagulls around the Prospect Park Lake area and around my house. I just can’t help stare at their flight and their wing movement. 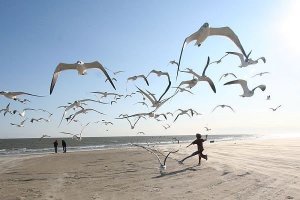 Tried a couple of simulations to explore this wing movement, did not get very far, and still was not sure if that is the way I wanted to go on exploring. Still I continued searching and found some interesting info:

So There is a little bit flying in skydiving… with a wing suit you are closer to flying, and I can’t wait to do it myself: wingSuit (I love this video)

Lately I have been reading “Turtles, Termites and Traffic Jams” (Mitchel Resnick). And have found my self fascinated with collective behavior, Cellular Automata, decentralized systems and emerging behavior.

A group of flying entities, moving in a group, and patterns emerging from simple rules, just seems very appealing to me.

There is also something like that in sky diving: 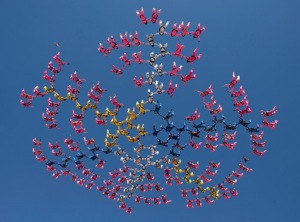 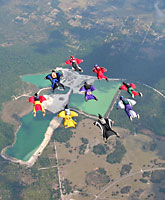 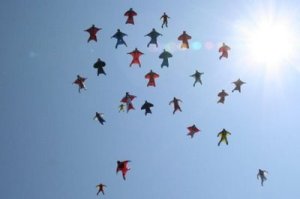 But that is very far from what really autonomous entities, and nature, can come up with: 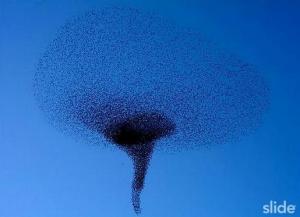 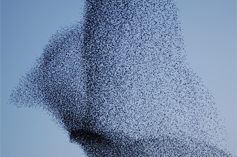 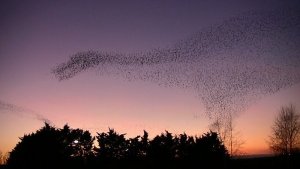 So I want to explore programming this behaviors in 3D and also explore how to “control” or influence them.

Even though they are emerging behaviors, the emerge due to conditions in the environment to which each entity responds and with a chain reaction of simple rules, the whole responds in interesting ways.

I want my work to explore the fascination of daydreaming and a child inside of me desire to communicate with nature.

An example of what I am searching for is the work being done in “That Game Company“, which I am in love with.

The interaction which I am imagining would be something close or influenced by a scene in “Ghost Dog” movie by jim jarmusch. this would result in an installation with big screen projection and some kind of object to communicate with the flock…maybe?

I am also interested in developing an application for mobile devices, so you can daydream/communicate with flocks whenever you have a chance.

I have searched applications alike, and have only found an interactive screen saver for android, that is “kind of weird“. 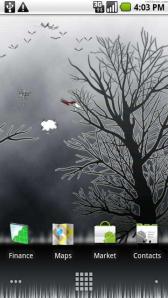